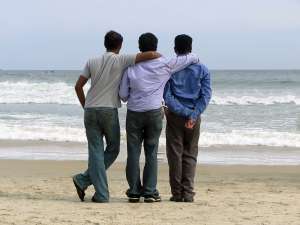 As time moves on the people we are friends with can seem to be from another time and another galaxy.  Points of view on politics, children, the economy, religion, etc. change and often get in the way of maintaining the tight bond we had for many years.  The rise of social media has certainly opened our eyes on how people think about many subjects that we would never in the past know about certain people, much less discuss in public.  People who retire after many years in a company often find themselves having less and less contact with workplace friendships they built over the years; mainly because they’re no longer in the rat race and new players are in the fray and the office politics has become irrelevant to their lives.  It’s just not the same.

If we were to categorize our friendships, we’d probably say we have acquaintances such as or fellow workers or people we know by sight or in a particular place enough to say hello to and have a brief conversation but not much more or online “friends”. Then there are those we categorize as friends with whom we’ve interacted in more personal levels such as at a neighborhood or community function and know a bit about but not in the let’s break bread and share secrets with.  There are also those who could be on the cusp of being even more significant in our lives; we like them and are drawn to them but for a variety of reasons the relationship doesn’t blossom that much and you can’t quite put your finger on why.  The crème de la crème are friends who are kindred spirits and who seem to understand us down to the DNA level no matter how long it’s been since we last talked with them.

It’s said that friends are a gift you give to yourself.  Aristotle noted that, “The desire for friendship comes quickly.  Friendship does not.”   That’s probably because a heavy burden is often placed on friendship: We turn to friends in our happiness and in our time of need…and some we trust more than family.  Certainly, in this networked Internet Age, the definition of friendship has definitely changed.  But what has not changed is the deep desire to share our lives with others and not just blood relatives.  Friendship then is the culmination of finding unconditional peace, love, understanding and honesty in another person; and that is, indeed, a gift.