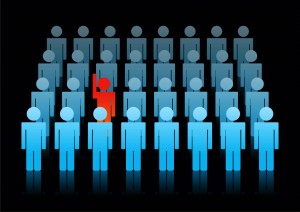 We were reminded that courage comes from the most unlikely places during harrowing and evil times when we read an article in the July 18th Los Angeles Times about Nicholas Winton. Winton, a British subject, was visiting Czechoslovakia in late 1938 after the Nazis had occupied the country, and had an “intuition” that the fate of the country’s Jewish population was at peril.  Before the outbreak of World War Two on September 1, 1939, when Germany invaded Poland, Winton organized seven rail-sea transports that brought 669 children to host families in Britain.  Many of these children’s parents died in the Holocaust.  And Winton never discussed his accomplishments because “there were more important things going on than to dwell in the past.”  His story just came to light and the 104 year-old Winton, recently knighted by Queen Elizabeth, is the subject of a documentary titled “Nicky’s Family”.

There are many faces of courage; most who have been courageous, whether in war or other service to our community and country, often live quiet, unassuming and productive lives in our midst—especially in our community, which has so many veterans and active military.  Many, as Winton has proven, simply step up when the right things need to get done, whether it’s the fire personnel who battle increasingly ferocious forest fires or the person who jumps on the tracks to rescue a stranger who has fallen in the path of a train.  Courage, however, is not something that’s easily defined because it’s about a presence of mind to respond to a crisis situation with clear and moral action, just as Winton did in 1939, and without thinking about the possible negative or harmful consequences that can befall such action.

One could say that courage is about facing danger with a moral strength that the greater good as a caring human being is more important than ideology or labels. What distinguishes the many faces of courage is that often we don’t know these folks are in our midst, just like very few people knew of Winton’s story until not long ago.  But the 669 children whose lives were saved, and the link they have to one man who took a stand and acted, is a legacy that kindles our strongest connection of community and commonality and inspires the power of good in all of us.

We’ve discussed the many faces of courage on these pages before because we feel that in spite of what we see in the media, there is more that is good than is bad otherwise we would live in an anarchic, violent and chaotic world.  The rules and laws that guide us don’t necessarily mean that people will follow them or do the right thing, only what’s deep inside us does that and we often don’t know what it is until we’re faced with it.